Olympiacos got a comfortable victory against Kolossos Rhodes, however, coach Giorgos Bartzokas was not satisfied from his players’ performance.

“We may have gotten an easy win, however, I’m not happy with our overall picture. We did not play good basketball for long stretches, we did make good decisions and were hypotonic with our defense. This is something we need to analyze, so that we change our way of thinking in view of a very tough season that awaits us in both Greece and Europe. Also, it’s crucial that Papanikolaou and Printezis find rhythm. They are two extremely important players for us, however, they have been out of action for quite some time and they are a little behind in relation to the rest of the team”.

«We have a lot to correct»

Sasha Vezenkov commented on the game: “We weren’t good in the first quarter. We received 26 points. However, we gradually improved on the defensive end and received only six during that time. Then of course we had other issues… We still have a lot to correct. I hope we are ready for the next game which is very soon”.

Asked about the differences of what Olympiacos will be presenting in comparison to the last season, he replied: “We want to be playing very fast with a lot of possessions. We did not succeed in that area last season. We are still not at the readiness level we wanted to be. We made turnovers, maybe we get tired and allow easy scoring for the opponent. We still have a lot of work to get where we want and become and up tempo team. To get where the coach wants will take work and persistence”.

When asked to comment whether the team is going to be tougher this season, he said: “We try to become more aggressive and we want that. I think we have the bodies and the will to do it. If we take out tonight’s first quarter, I believe that we did a rather decent job”.

Finally, about the absence of Vassilis Spanoulis, he commented: “I have said many times that it has been, still is and will be weird not to be seeing him, not to be getting advice from him, not to have him leading us… But history is written by those present. We have a demanding schedule and many continuous games. So, we need to keep in mind who is here now and focus around the team. Vassilis is fine, we have been talking and he’s going to be happy with what he’ll be watching”. 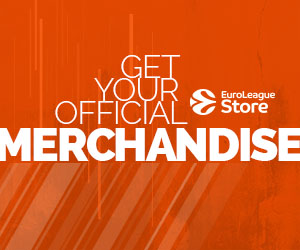 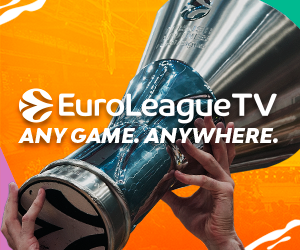